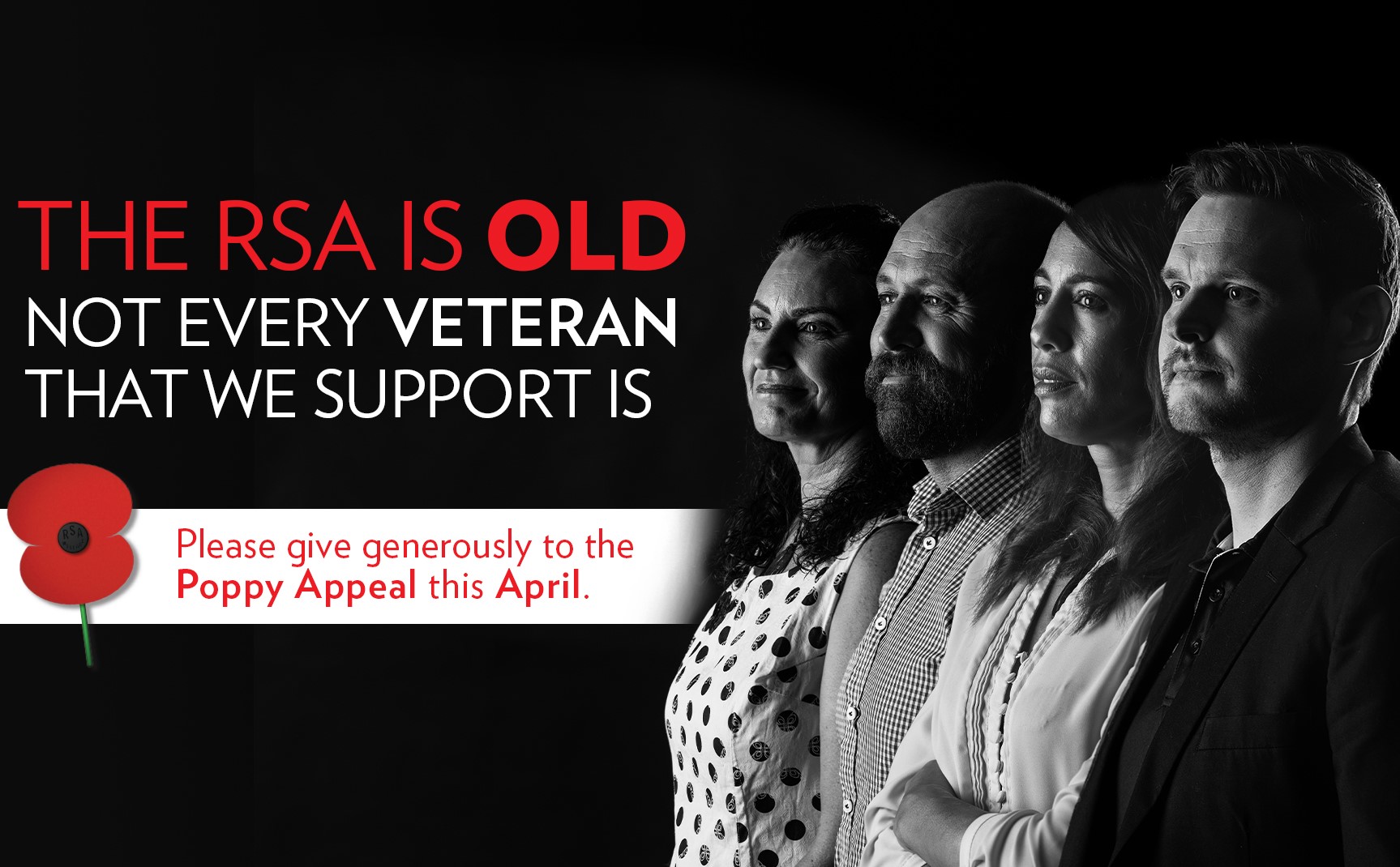 With the words: “The RSA is old, not every veteran that we support is,” the RSA’s Poppy Appeal is officially underway, and this year hopes to raise awareness of New Zealand’s younger veterans while raising much needed funds for support services.

The RSA’s National President BJ Clark, said that today’s veterans aren’t acknowledged in the same way their predecessors were but still have a very real need for support.

“Many New Zealanders don’t understand that even on peacekeeping missions our service people can be affected mentally and physically by both the environment they serve in, and the situations they are exposed to.  They come home with little fanfare, and return to a society that has no real understanding of what they’ve been part of.

In the last 30 years New Zealand has created over 30,000 veterans under the age of 50. These men and women have served in areas from Bosnia to Timor Leste, Iraq, Afghanistan, across the Pacific and even Antarctica.

While most will return to their normal lives with no issues, some will struggle to reintegrate, they might be injured or experience ongoing mental health issues as a result of their service. This can have a profound effect on both them and their families, and the RSA is here to ensure that when they need help, they have access to appropriate support.”

This year’s Poppy Appeal will run throughout the month of April, with the street appeal known as Poppy Day, occurring on 22 April. The appeal has a strong digital focus this year and people can donate online at rsa.org.nz or by scanning the QR code on the posters and newspaper ads that support the appeal.

100% of donations received by the RSA go towards funding support services. The RSA has 250 support advisors across the country providing a range of services to veterans. In the last year over 45% of support provided by the RSA was received by those under 60 years of age.

“The Poppy Appeal and Anzac Day are our annual opportunity to remember the sacrifices made by our Armed Forces. This year, we want to show New Zealand that not all veterans are old. They are our sons and daughters, our brothers and sisters – they have served their country and they need our support,” said Mr Clark.

The campaign supporting the appeal reflects the changing faces of the veterans the RSA supports. The imagery features five veterans from a range of backgrounds and ages, including a retired Vietnam veteran, and four veterans of contemporary operations.

An appeal 100 years in the making

In 1921, Colonel Samuel Moffat, Madam Guerin’s poppy emissary visited New Zealand to promote the concept of selling poppies to both commemorate the fallen and raise funds to assist living veterans. As a result of his visit, the RSA ordered 360,000 French made poppies to sell in New Zealand to mark Remembrance Day, 11 November that year.

Legend has it that shipping delays meant that the poppies arrived too late to be sold for Remembrance Day so the RSA decided to sell them in advance of Anzac Day instead.

On April 24, 1922, the first Poppy Day was held making New Zealand the only nation of the First World War allies not to mark Poppy Day in November, in conjunction with Remembrance Day.

Poppy Day is normally held on the Friday closest to Anzac Day, RSAs throughout New Zealand assemble teams of volunteers who line the streets in towns and cities across New Zealand collecting donations in exchange for poppies.

The poppies are all manufactured by volunteers in Christchurch and it is an almost yearlong job to make the close to one million poppies required to support the Poppy Appeal.

2020 was the only year that a street appeal hasn’t been held after the Covid lockdown forced the collection to be cancelled. An online appeal was conducted in its place meaning the Poppy Appeal remains the longest continuously running appeal in New Zealand’s history.