The Story of Ted d' Avergne 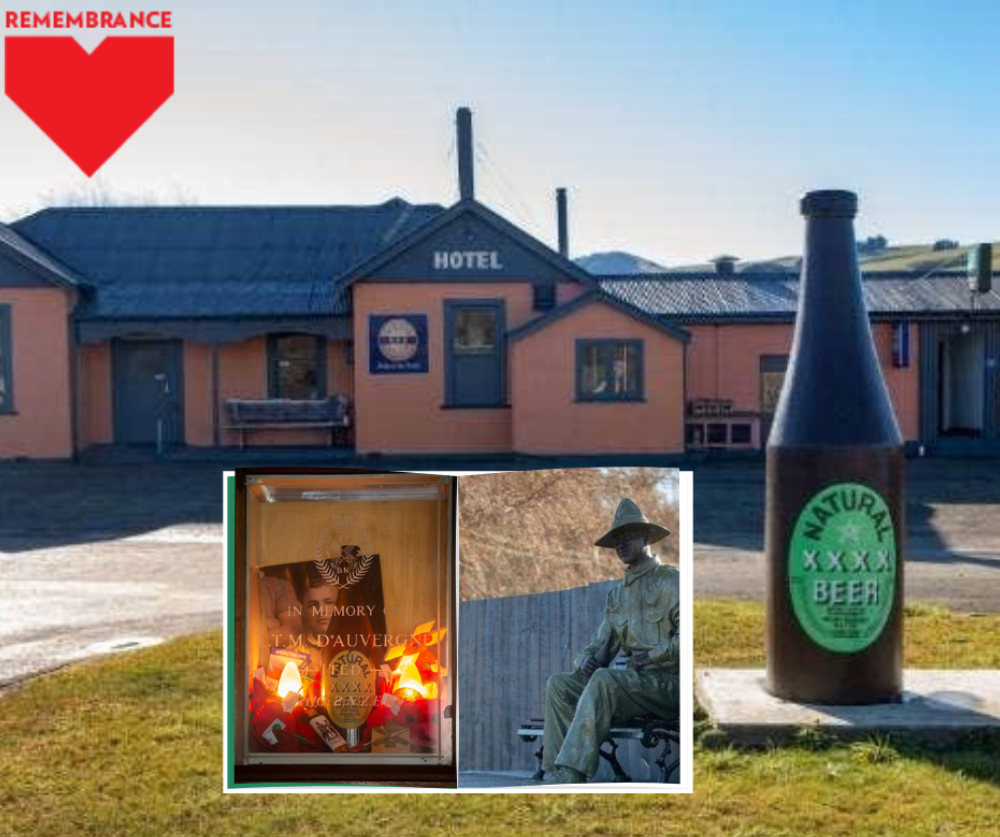 At a small country road corner just south of Waimate, there is a place called the Waihao Forks pub, which has an interesting piece of history.

A soldier who left Waimate in 1940 for World War II and vowed to return to finish a bottle of beer he left at the bar of the Waihao Forks Hotel has been immortalised in bronze.

Private Ted d'Auvergne died on June 3, 1941, in Crete after he was injured in battle and ever since "Ted's bottle" has remained on display in a glass case in the hotel.

His story became well known both nationally and internationally, and now, nearly 80 years on, d'Auvergne has finally returned to the hotel - in the form of a $45,000 life-sized bronze statue which has him sitting outside the hotel drinking a beer while waiting for a train.

The statue was delivered to the hotel by former Oamaru-based, now Akaroa-based sculptor Donald Paterson on Saturday. Paterson was commissioned to create the sculpture by the Ted d’Auvergne Sculpture Project Fundraising Committee.

On Saturday 7th November, National President BJ Clark, District President Stan Hansen, Chief of Defence Intelligence Brigadier Hugh McAslan, and many distinguished guests from near and far attended the unveiling of the monument to Ted and all who had served from the Waimate area. There was a fantastic songfest from local school children, speeches by the Waimate Mayor Craig Rowley, Ted's descendants, Brigadier McAslan, and National President BJ Clark. This was followed by a gun salute provided by South Canterbury RSA and the customary refreshments and stories.