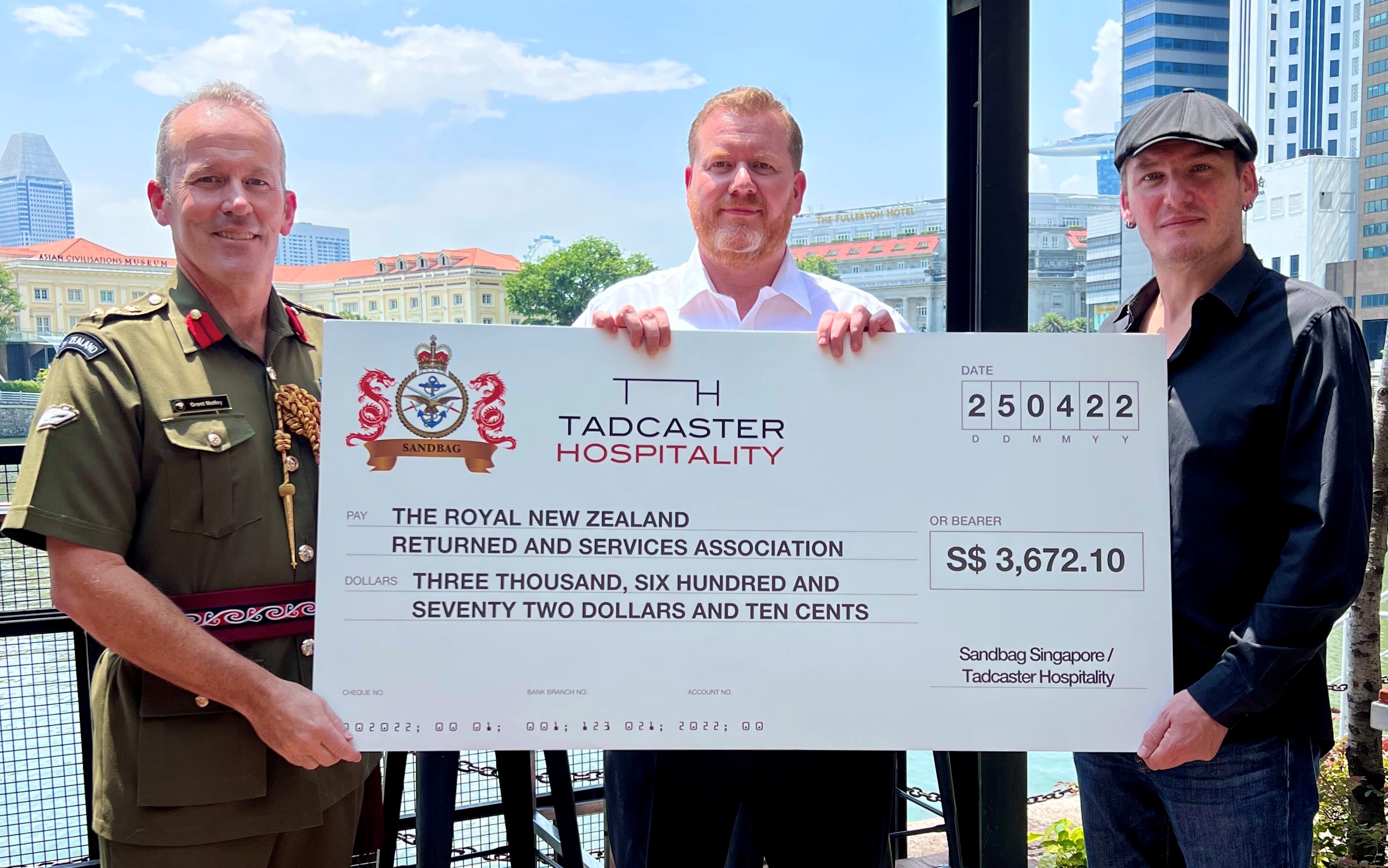 The RSA recently received an incredibly generous donation from a charity bike ride held in Singapore. The bike ride was conducted by Sandbag (a Singapore based veterans' group) and Tadcaster Hospitality and raised S$3672.10 (NZ$4116).
Watching the VLog from the ride it certainly looks like the riders were put through their paces with howling winds in the early stages, and scalding sun near the end. The riders also honoured the fallen during the event by stopping to pay their respects at the Kranji Battle Site and held two minutes silence at the associated cemetary. A truly incredible event.
The donation was presented to Colonel Grant Motley, New Zealand's Defence Advisor in Singapore by the President of Sandbag, Mr Adrian Houghton and Mr Alex Gow representing Tadcasters.
From across the world, we extend our deepest gratitude to Sandbag and Tadcaster Hospitality for their generosity in choosing the RNZ RSA as the recipients of the funds raised during the event.
The VLog from the event can be viewed here: https://bit.ly/BikeVLog