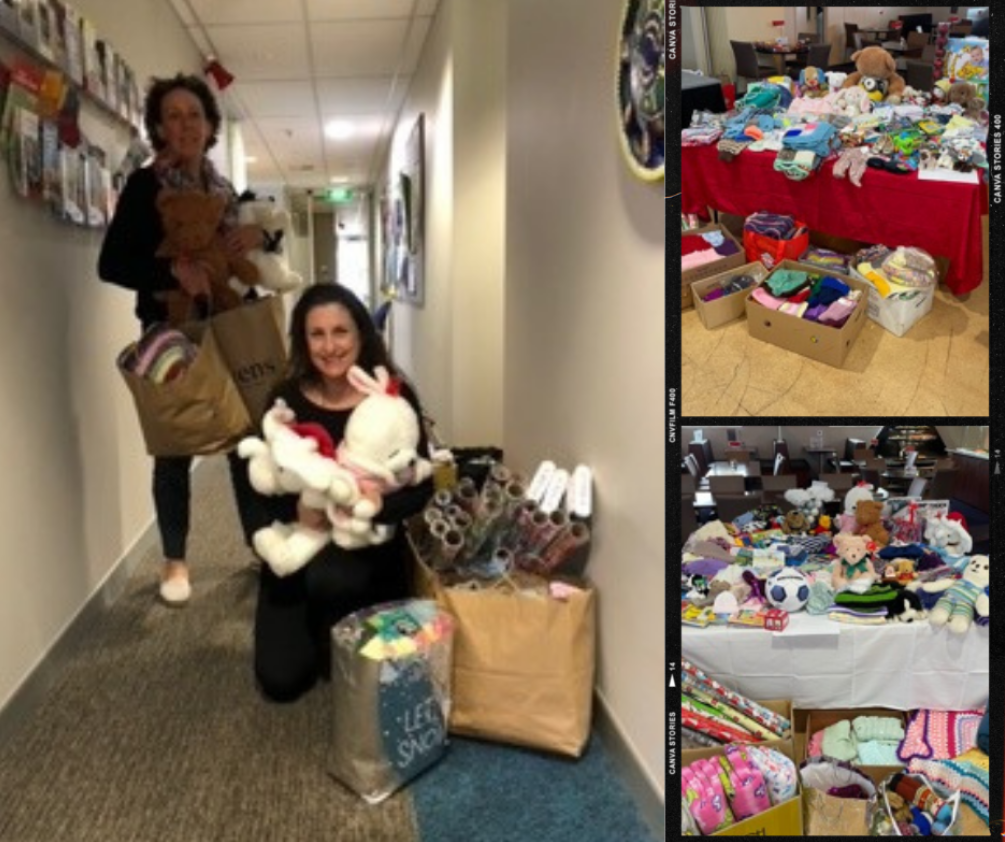 For the past 15 years, the Women’s Sections of Auckland District RSA’s have held a fundraising afternoon for the local children’s Hospital.

This year they decided to fundraise for the children’s wards at Waitakere Hospital which is managed by the Well Foundation. The Well Foundation was represented by Anna and Juliette who were overwhelmed by the knitting, crochet, sewing, and toys they received.

They also supported the Multi-Agency (Mac) in Manukau City represented by David Kemeys. His words were “when the ladies received the goodies, they were beyond chuffed”. The agency was about to reach out to the local community for gifts for a family of two girls and three boys who have all been abused and living in poverty.

Great work by the RSA women's section for helping out in such a timely manner.