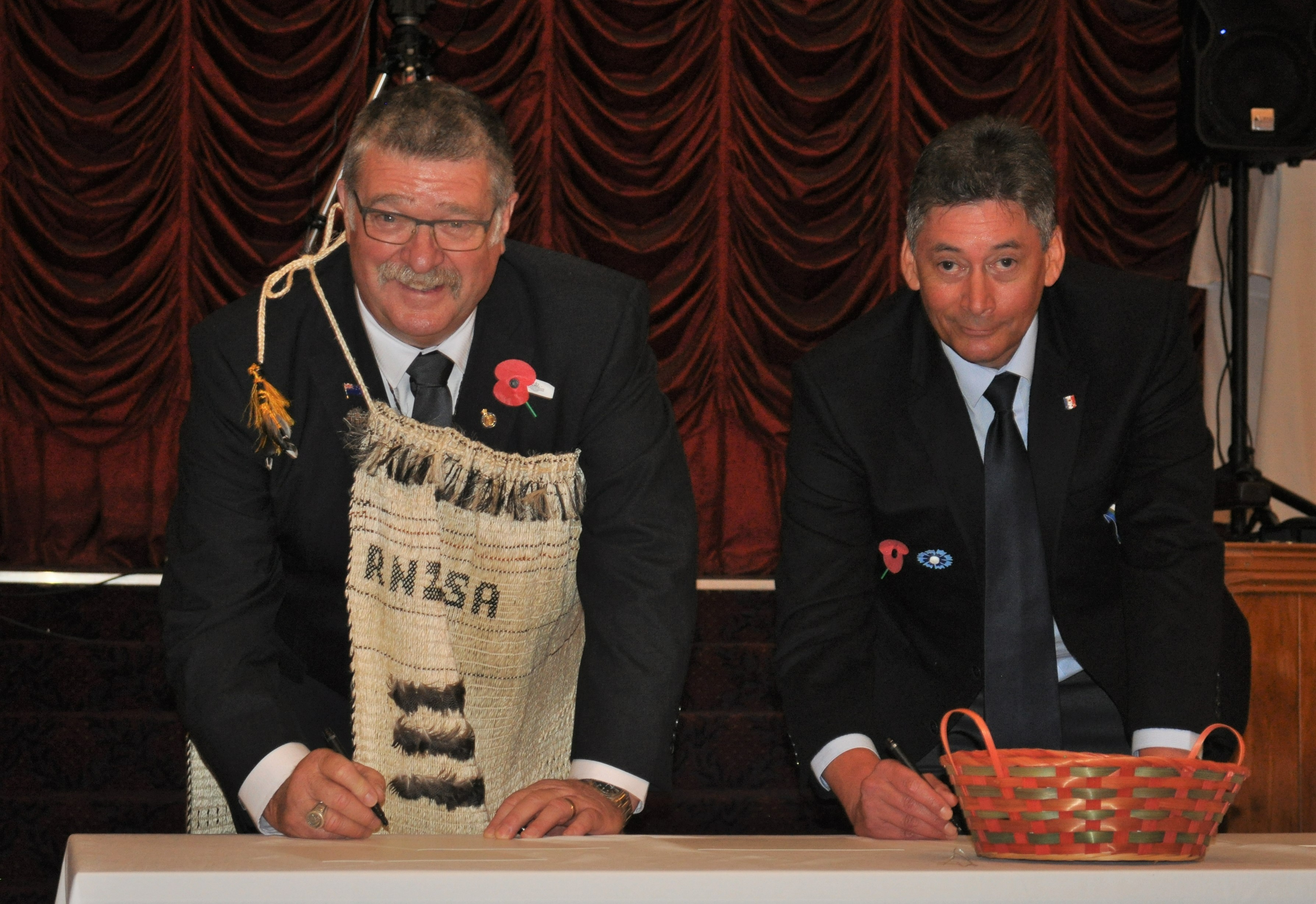 We are pleased to announce that Graham Yarrall has been named as the RNZ RSA's Volunteer of the Year (Initiative).

National President BJ Clark said that the Initiative category in the Volunteer of the Year Awards is a way to highlight the impact our volunteers can have in shaping the future of the RNZ RSA.

"Our volunteers not only give us their time, but they bring with them real passion and skills from their everyday employment. Graham was instrumental in bringing together the RNZ RSA and France’s Union Nationale des Combattants and ultimately improving the support available to veterans of both countries.

On behalf of the RNZ RSA I want to congratulate Graham on this award, and thank him for his vision and tireless dedication."

Graham was nominated in the Initiative Category of the RNZ RSA's Volunteer of the Year Awards by Les Glendinning of the South Canterbury RSA.

The following citation was submitted as part of his nomination:

Mr Graham Yarrall over an extended period of time pursued the possibility of a reciprocal Memorandum of Understanding between the RNZRSA and France's Union Nationale des Combattants (UNC) outlining assistance and cooperation due to either countries Returned Service Veterans when in the others respective boundaries whether as residents or visitors. Mr Yarrall was appointed an Honorary Vice President of a UNC branch in Paris to act on their behalf, culminating in signing of this agreement recently in Cambridge NZ.

As a direct result of the actions and dedication of Graham Yarrall, a formal Memorandum of Understanding was signed by BJ Clark, National President of the RNZRSA, and Graham acting on behalf of the Union Nationale des Combattants (UNC) representative on 11 April 2022.

The UNC is France’s equivalent of the RSA, and the intent of the MoU is to improve access to support for veterans of both countries. Effectively the MoU means that New Zealand veterans who are resident in France, will be able to reach out to the UNC for support, while French veterans residing in New Zealand will be able to seek help from the RSA.