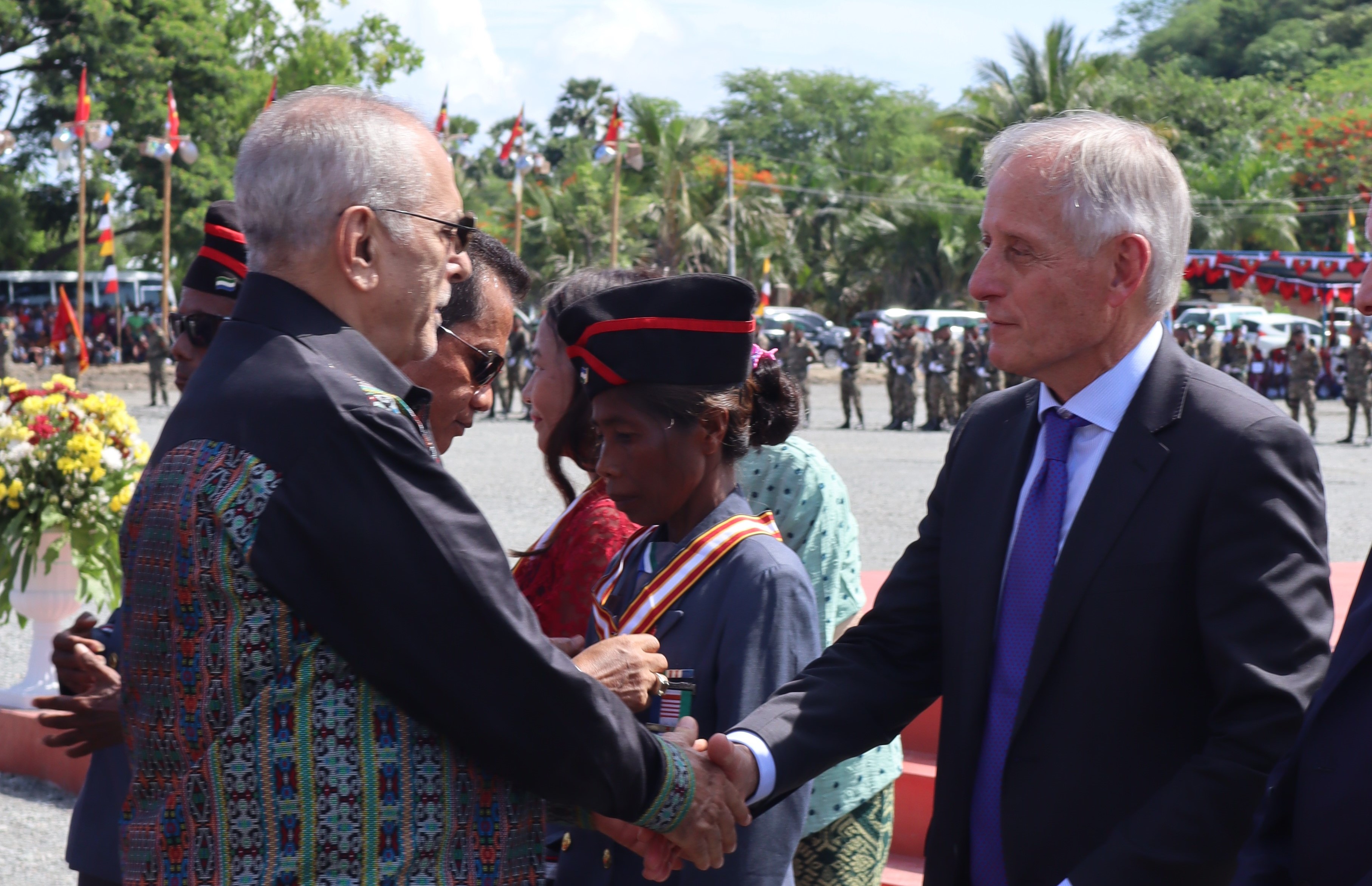 The RNZRSA congratulates Maj Gen (Retired) Martyn Dunne, CNZM on receiving the Medal of Merit of Timor-Leste which recognises his significant contribution to peace and stability in the country.

Martyn has been a member of the RNZRSA’s Board since 2021 and National President Sir Wayne Shelford, KNZM, MBE said that having Board members with Martyn’s experience helps highlight the challenges faced by New Zealand’s modern veterans.

“The RSA congratulates Martyn on receiving the Timor-Leste Medal of Merit which is welcome recognition of both his personal efforts and the importance of New Zealand’s contribution to restoring peace in the nation.

As a member of the RSA’s board, Martyn has first-hand knowledge of the challenges faced by New Zealand’s service personnel in recent years.

The Timor-Leste Medal of Merit, one of that country’s highest honours, highlights the impact New Zealand’s service personnel have around the world. We are incredibly proud of Martyn and all who served in Timor-Leste throughout New Zealand’s deployment there.”

The award honours Martyn’s service as part of the New Zealand Defence Force’s commitment to Timor in 1999/2000 and his enduring association with its people. Martyn was appointed as both the New Zealand Senior National Officer and the Commander of Dili Command – the Brigade Headquarters responsible for operations across the Dili area of operations.

Now on the Board of the RNZRSA, Martyn is working to ensure New Zealand’s service personnel get the recognition and support they deserve.

On the day we were flying into Timor-Leste for the very first time, I remember standing in the departure area in Darwin with Peter Cosgrove who was the Commander of the Australian forces and the International Force East Timor (INTERFET). It was quite surreal, neither of us knew what to expect but we were both captured by the reality that we were taking our troops into a high threat environment.

This award is recognition for all of us – it was a significant commitment from New Zealand, but more importantly, from the men and women who left their personal safety to deploy into the unknown. Several of whom would pay the ultimate price during their tour of duty. I’m immensely proud of all of them.”