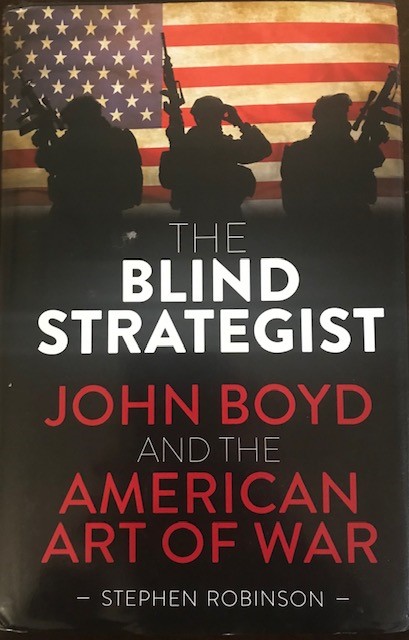 John Boyd and the American Art of War

If you know what the OODA Loop is and you have an even passing familiarity with the basic tenets of manoeuvre warfare, then it’s a fair bet you know who COL John Boyd (USAF 1927-1997) was. If you do, this tome will probably interest you, if you don’t, you’ll be on a steep learning curve!

In “The Blind Strategist” Australian Army Reservist and historian, Stephen Robertson puts forward a very clear and well argued case that the whole theory of manoeuvre warfare as developed by Boyd was based on lies. Robertson dosen’t contend there is anything fundamentally wrong with manoeuvre warfare, just that because it is built on lies, it will never deliver what its historical proponents believed it can and he does it in a riveting and very readable way.

Post WW2, the allies spent a lot of time talking to Wehrmacht (German Army) commanders about their combat experiences, particularly with the Cold War looming, those who had fought the Russians. Many of those Nazi stooges (is my bias too obvious?), keen to avoid a trial at Nuremberg or a noose around their necks spent a lot of time outlining how the Wehrmacht were purely soldiers and had nothing to do with atrocities. If you’ve read a few of the key autobiographical texts about the Wehrmacht in WW2, you’ll be familiar with the standard lines: “We were just doing our job….Hitler was a tactical ignoramus who kept interfering….what atrocities?, it was all the SS’s fault etc etc”

The guts of Robertson’s thesis is that Boyd was deceived by all this and developed manoeuvre around the idea that the Wehrmacht were tactical geniuses who used Blitzkreig to devastating effect. The Nazis were only beaten by the Russians because there were so many of the latter and because non-military ‘political’ forces focused too many resources on non-military operations, thus diluting the impact of the Wehrmacht. Ergo the Wehrmacht approach offered the best way to defeat the Russians.

So far so good, right?....well, it WOULD be if it wasn’t for the fact that Blitzkreig had never actually existed as Wehrmacht doctrine and was in fact a word and concept unknown to Wehrmacht commanders.

There is also plenty about the way manoeuvre warfare was employed successfully in the first Gulf War and not so successfully against an insurgency. The debate about whether political considerations have any place in war planning is explored and Boyd’s contention that it dosen’t is found wanting.

I simply don’t know enough about the historical ins and outs to rule definitively on how credible, or otherwise, this all is, but it reads bloody well and makes a lot of sense. Let’s just say it certainly seems to stack up. So if you are a fan of manoeuvre, think Boyd was theoretically the way, the truth and the light, or just have an interest in modern warfare and how people came to think the way they do, then grab a copy of this and hunker down.

Borneo to Vietnam and Beyond

Kim Hoskin is widely regarded as one of the fathers of not just the contemporary New Zealand Intelligence Corps (NZIC) but operational intelligence within the modern NZ Army. This personal account of his early life and operational service in Borneo and Vietnam provides a fascinating view of his evolution and development from young infantry officer into savvy intelligence officer and leader.

Born and raised in the post-war United Kingdom, Kim Hoskin joined the British Army as an infantry private. Coming across almost as a Victorian gentleman explorer, Hoskin had a deep curiosity about Asia and the world beyond Europe. Hoskin’s wanderlust and thirst for adventure was satisfied with a commission in the Gurkhas, a posting to Hong Kong and his first deployment to Borneo during Confrontation

When this book first arrived on my desk, I assumed the publisher had sent me two copies, so large was the box it came in. At 600+ pages, my first thought was that Kim needed to have engaged a good editor and I was worried that it would be a story that could have been told in half the number of pages. But, and this is significant, Hosking writes in such a casual and engaging way that before you know it, you are deep in the Borneo jungle and deep into the fascinating story of how his passion and interest for intelligence was awakened and grew from his first tentative entry into the jungle until he was planning and leading operations against the Indonesians.

Following an unconventional period working with local forces in Borneo, Hoskin subsequently joined the RNZIR and deployed to Vietnam as IO with one of the ANZAC Battalions. Vietnam was a very different operational environment to Borneo and it was here that Hoskin developed and honed his craft at the Battalion level. Much of what he describes as SOPs for operational intelligence formed the bulk of what I was taught as a young NZIC trainee in the early 1990s.

My NZIC background though isn’t the sole reason I enjoyed this memoir. Hoskin’s narrative style is engaging and the book is a fascinating insight into the very different ways two conflicts were waged, one mans unconventional military career and the evolution of operational intelligence in the New Zealand Army in the cold war era. In Plain View is thoroughly recommended to anyone with an interest in the development of operational intelligence in the NZ Army and anyone looking for a well told story of post war soldiering with plenty of the unconventional or different about it. 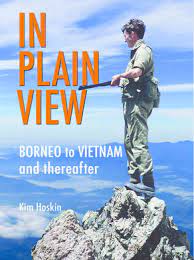 Freaks of a Feather

The beauty of a wet Saturday in lockdown is that if you start reading a book you really get into, you can spend the whole day with it, and if it’s not overly long, you can knock it off before bed. That was my experience on a wet locked down Saturday I spent with Tellessen’s story.

US critics have raved about Tellessen’s writing, especially his openness and the frank manner in which he discusses problems many veterans of combat operations in Afghanistan and Iraq encounter. Feelings of disconnection and not fitting in or caring about anyone or anything they have come home to are common for these veterans and now they have experienced combat nothing in their lives has any meaning outside the bonds they share with their combat brethren and thus have enormous trouble adjusting to life away from those people.

Tellessen joined the US Marines Corps after reading The Iliad at High School and deciding he wanted to experience the warrior life. An academic star who was obviously also a keen sportsman he describes himself as a nerd living with loving, but stoic parents and siblings who never display or discuss emotions. Lacking in self confidence and emotional maturity, but smart and aware that there is a world he wants to experience, he decides on joining The USMC as an Infantryman.

USMC Infantry is very much a rough, tough and rugged man’s world, Tellessen’s strength and athleticism means he fits right in physically and he thrives in the hard drinking, hard living world he finds himself in.

The book takes the form of a narrative account of his experiences from day one of boot camp through two tours of Iraq to his eventual discharge. In telling his story he writes frankly about his feelings, his emotions and the different masks he wears so he can behave in the way he thinks he is expected to. He seeks to outwardly display and model only what he believes to be appropriate reactions to the death and destruction (both physical and mental) occurring around him.

When he leaves the USMC, he comes up against the reality so many do that “The actual process of separating from the military is straightforward compared to the emotional gymnastics of leaving it behind”, his life goes off the rails and he attempts suicide before undergoing redemption once he discovers writing. This book is a 276 page testimony to his ability to write and write really well. 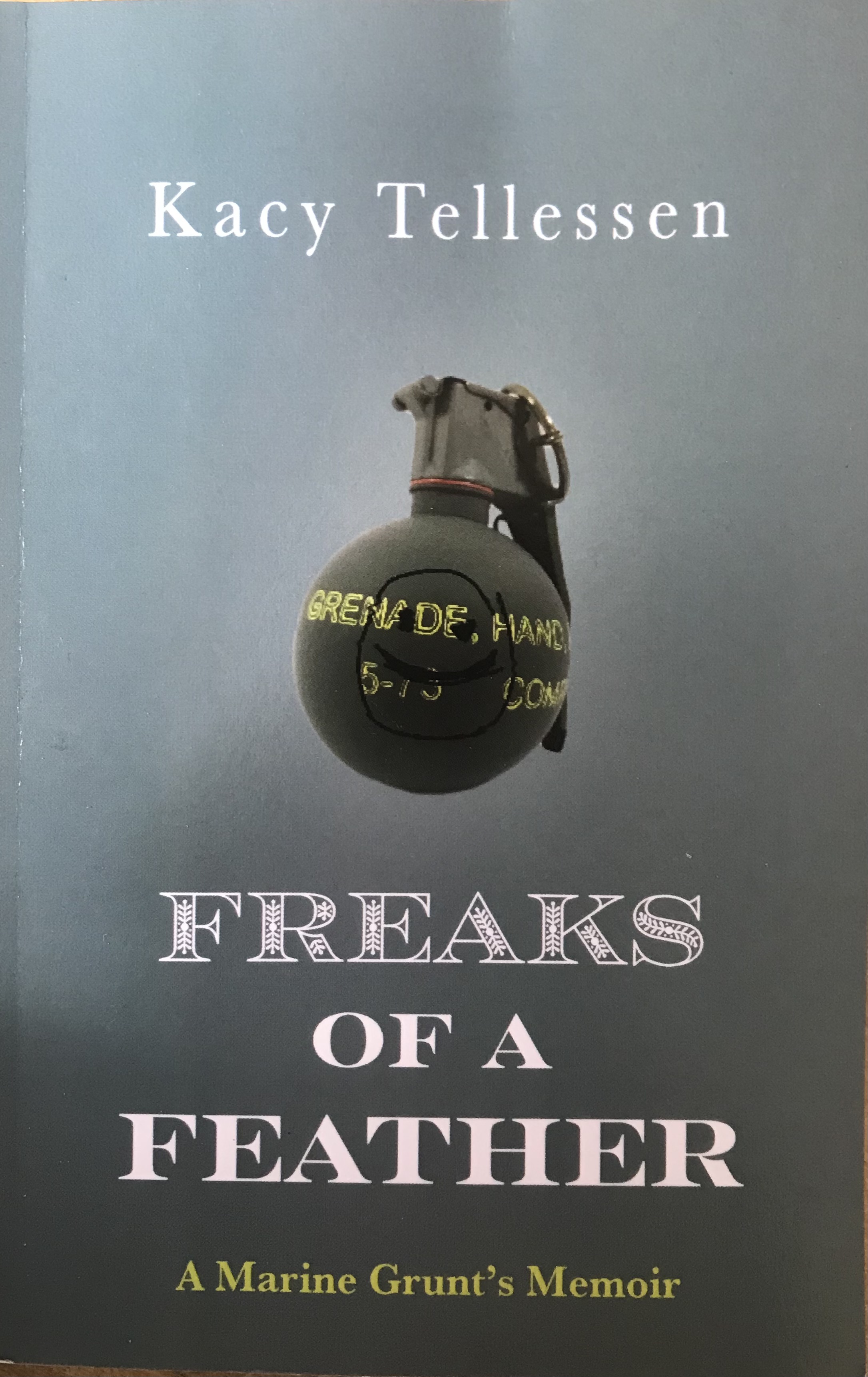 How Hitler Lost the War

My Dad’s uncle deployed to Egypt as a machine gunner in WW2 when he got to Egypt he was issued a Bren which he said was “Far too bloody accurate”(Google “beaten zone” if you don’t understand that). To escape the Bren, he took a commission in the British Army where, he found himself charged with returning a large number of liberated Russian PWs to the Russian Army at wars end. He described how when he reunited the Russians with their countrymen, they were taken off his trucks, lined up against a wall and shot because they had all been captured at Stalingrad and Stalin had said it was to be a fight to the death - no prisoners. The sobering thing about this story was that this had been explained to the Russians before they boarded the trucks and they all went voluntarily.

Based on that story, I always had a simplistic understanding of WW2 era Russians as hard, stoic folk resigned to their fates. Dimbleby’s book, certainly serves to reinforce that impression, it was a bitter, hard fought campaign in which life (civilian and military) was cheap and the sheer scale of destruction breathtaking.

The scale of the Nazi Invasion of Russia is difficult to comprehend…many hundreds of divisions massed against an equally large enemy spread over a massive area. Both sides were at the whim of interfering dictators, who it is fair to say were not overly tactically astute and to whom human life was cheap.

Dimbleby skilfully weaves together the macro level, big picture strategic stuff and the perspective of the soldier on the ground. The book gets along at a good pace and is very readable, he has clearly done a mass of research and brings it all to bare, telling the fascinating story of, as the subtitle states “How Hitler lost the war”.

The book goes into some detail of the Nazis actions in Russia against Jews, Gypsies and others who they sought to eradicate and it is fairly sobering reading. You cant help but wonder if the Nazis might not have won if they had put the resources they put into the final solution into warfighting.

Barbarossa is an excellent overview history of the invasion and Russian and Allied responses. Weaving together both the political and military dimensions to tell the full story, at 595 odd pages it’s a weighty tome, but was a surprisingly quick, and very engaging read. 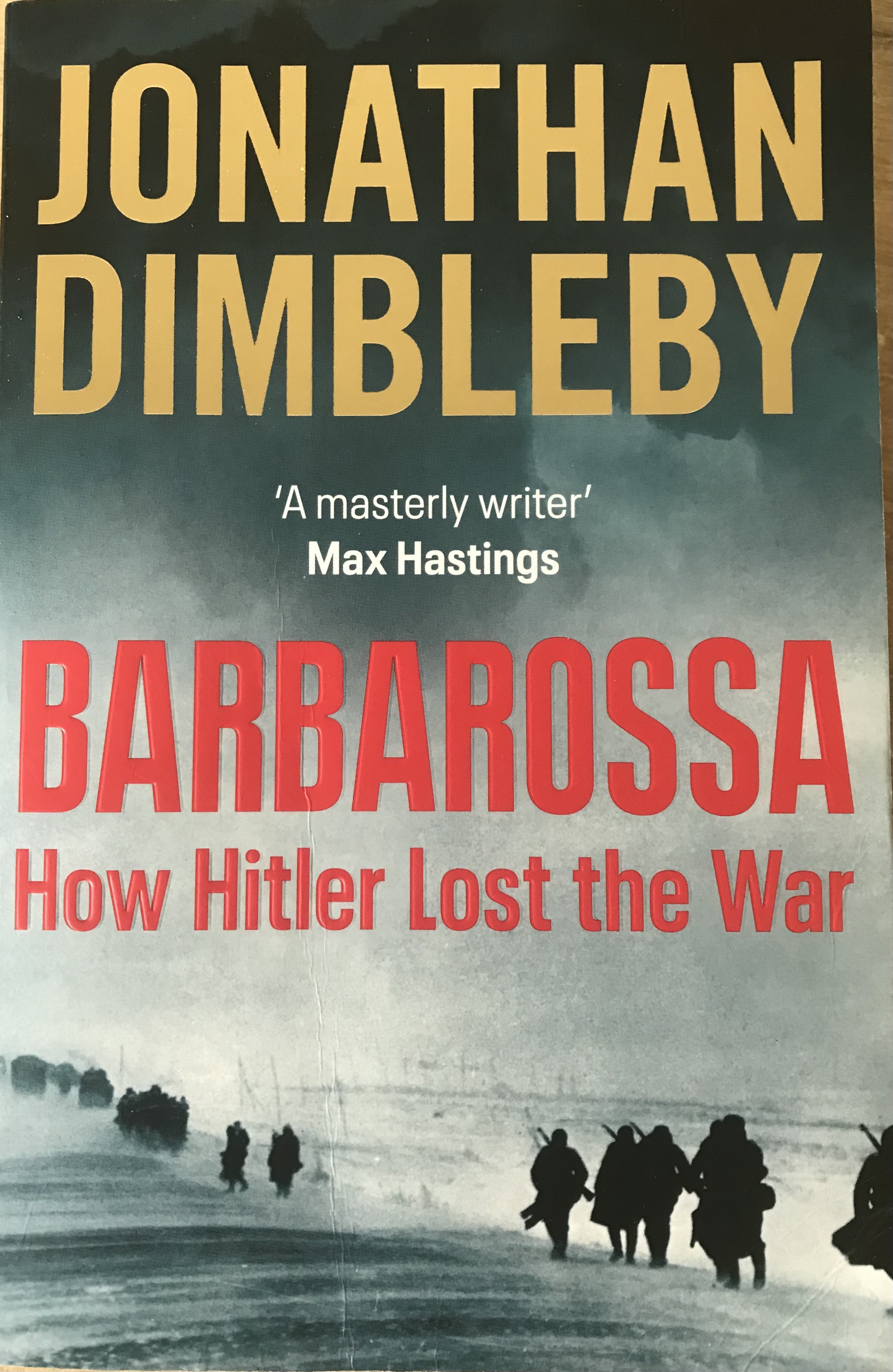 Samantha Carter – A long day off the Somali Coast