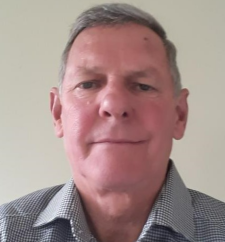 I joined the NZ Army as a Regular Force Cadet in 1970 and graduated to the infantry at 1Bn Depot Burnham in December 1971. On completion of my corps training, I was posted to National Service Training Unit Waiouru instructing on the last of the National Service intakes.

Between 1973 and 1975 I served with 1 BN Depot, which became 2/1 RNZIR, as an instructor on several corps’ trainings. The lengthy period was due to my getting married, which interrupted the posting cycle. In 1975 I was posted to 1 RNZIR in Singapore, leaving there in 1977 and coming back to NZ to be discharged from the Army.

In 1978 I joined the NZ Police and served for 8 years in Western Auckland as a frontline police officer.

On leaving the Police I established the Anne Audain Charitable Trust of which I eventually became the CEO. The Trust’s core role was to help rehabilitate, through non mainstream alternative education, young people who had dropped out of, or been removed from, the education system. To help fund this operation, the Anne Audain Trust advised and helped corporate organisations that were dysfunctional in their management systems. The Trust had a total of 35 part-time staff to whom I was line manager. I spent approximately 12 years in this role.

As a result of being exposed, through the Anne Audain Charitable Trust, to the system of government funding and the inherent inequities, I chose to study law to provide me with a better understanding of how the government and the law operated, eventually leaving Canterbury University with a BA in Education, an LLB and a Master’s degree in Law.

In this role, I managed the transformation of SEAVA to be an organisation that has become a worthy successor to the other South East Asian Veterans associations, namely the New Zealand Malayan Veterans Association and the New Zealand Vietnam Veterans Association. During the course of the transformation, we doubled our membership and created a much stronger financial base for the future. The organisation also widened the membership base to become more inclusive of all three services that had served in the South East Asian region. Part of this role required advocating for our membership with RNZRSA, VANZ (CEO), The Paterson Report, and the then Minister of Veterans Affairs and increasing the ability of the association to provide support to its members.

The NZMV DBP Trust is an offshoot of the NZMVA and is focussed on the health issues associated with exposure of veterans to DBP whilst on service in the Malayan Emergency, Indonesian Konfrontation, and the Borneo campaign. The originators of the research needed a vehicle to advance their cause and to act as a repository of amassed literature and potential funding.

I have had involvement with the RSA movement over several years including some time spent on the Presidents Forum of the RNZRSA as the Affiliates Representative. I have also held the position of the Canterbury District Vice President. I have been a member of Christchurch Memorial RSA since 2015 and currently hold the role of President, at a time when it needs to transform itself from a business model that has failed to a new, or perhaps old, direction that respects the founding principles of the organisation and the wider RSA movement.

As an elected RSA National Vice President I will bring the ability to think strategically, to manage risk effectively through research and understanding of the consequences of the risk, to assess organisational structures to discern where there are failings, and to provide structured and measured responses as a result of in-depth research and consultation with a wide range of professional advisers.