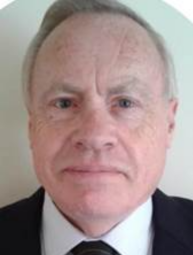 Service
Joined the RNZN 1966, still serving with the NZDF in the RNZNR based HMNZS Ngapona Auckland.

Served on the Executive of the Taupo Officers Club 1999 – 2010 until disbanded
Member of the Taupo branch of the Ex Naval Men's Association until it disbanded.
RNZN representative for the NZ Antarctic Veterans Assn since 2002

Focus
My focus is to see that we adapt to the future, that service membership is maintained & healthy within the RNZRSA. That we retain our identity and don’t become just another social club, and that the spirit of people helping people remains with our association.

Support of the service community past, present & future is our role and must be maintained

There is much work that needs to be carried out with regards to our younger membership & the present members of NZDF if we are to be of value to them and have their membership, if not we will not survive into the future. I believe that the next few years will be a very interesting period in RNZRSA history and I would like to be a part of it.